Warning: "continue" targeting switch is equivalent to "break". Did you mean to use "continue 2"? in /homepages/43/d252890781/htdocs/personalcomputerteacher/wp-content/plugins/catchers-helpdesk/src/Helpers/Stg_Helper_Template.php on line 143

Warning: "continue" targeting switch is equivalent to "break". Did you mean to use "continue 2"? in /homepages/43/d252890781/htdocs/personalcomputerteacher/wp-content/plugins/revslider/includes/operations.class.php on line 2252

Warning: "continue" targeting switch is equivalent to "break". Did you mean to use "continue 2"? in /homepages/43/d252890781/htdocs/personalcomputerteacher/wp-content/plugins/revslider/includes/operations.class.php on line 2256

Warning: "continue" targeting switch is equivalent to "break". Did you mean to use "continue 2"? in /homepages/43/d252890781/htdocs/personalcomputerteacher/wp-content/plugins/revslider/includes/output.class.php on line 2903
 Personal Computer Teacher.com - Part 2

Just the other evening something on TV or something made me think, “I would like to learn more about VR (Virtually Reality), Google Cardboard, etc.”

The NEXT morning one of my students randomly said, “Mr. Jones, do you want to try my new Virtual Reality headset?”. Immediately, I said, “YES!”

(UPDATE: Ironically, a week later I got my second opportunity to experience VR at the Azalea Festival Street Festival compliments of Wells Fargo.)

Here is a video showing excerpts of the game, ‘Smash Hits’ that he let me play. Unfortunately, it nor pictures can do it justice – they are flat and not 3D, not to mention NOT Virtual Reality.

The headgear fit much like a ‘c-pap’ machine and doesn’t do much for your hairstyle either, similar to the c-pap. LOL

The headgear was a Gear VR powered by Oculus.

A Galaxy S7 smartphone was attached to the front.

The experience was AMAZING! I could not believe how real it felt – I felt immersed in the game, felt like I would hit walls, fall off cliffs, etc. When I pulled the headgear off it was the weirdest feeling to see the real floor and things around me – It was like I exited another world!

I found out that the game is a mobile game that had been adapted for VR. I am not a ‘gamer’, but I could get addicted to it! Here is an article about it – ‘Mobile success ‘Smash Hit’ is even better in VR‘.

Here is a screenshot from the article –

Here is a Wikipedia article on Samsung VR Gear, the headset the student owned.

VR headgear styles, functions and prices very greatly. Many eagerly anticipate the release of Vive VR which is available via pre-orders for $799.

A less expensive kind that I’d like to try…

…Then there are lots of versions of Google Cardboard that are well under $20 (some under $10).

…The biggest (at least recent) news might be about Apple Carekit. It was announced on May 21st in a press release, “Apple Advances Health Apps with CareKit: New Software Framework Helps Developers Empower People to Take a More Active Role in their Health“.  This is really exciting news for healthcare as well as for app and hardware developers.

CareKit will be released as an open source framework next month (April 2016) allowing the developer community to continue building on the first four modules designed by Apple.

The second part of this article from Tech50Plus.com talks about Carekit.

Wired.com suggest that ‘Apple’s CareKit Is the Best Argument Yet for Strong Encryption‘

Have you noticed the little panel of information on the right of SOME Google search results? Example: Google Search on ‘Ukuleles’

In the example below the ‘knowledge panel’ is shown below ads.

Note the ‘ > ‘ share symbol to the right of the bold word ‘Ukulele‘. When you click on that you will be shown sharing options.

Slack is considered to be ‘Team communication for the 21st century’. THAT ‘team’ may be at work, at school or it may be just friends or family.

Slack is a messaging system which has some similarities to Facebook Messenger or Google+ but it is much more useful.

Add in ScreenHero and you have one incredible tool providing voice, video and screen sharing features!

Here is a brief video that will give you an overview –

Mentioned earlier, ScreenHero adds a really cool feature! You and another person can share computer screens – I can show you mine and you can show me yours. This is a great tool that can be used for effective ‘Desk Help’, troubleshooting, or for teaching computer skills to another or to each other.

“Slack is a team communication tool that’s not just powerful and easy to use, it’s actually fun.”

Learn more about ‘Slack’ and become a ‘Slack’er! 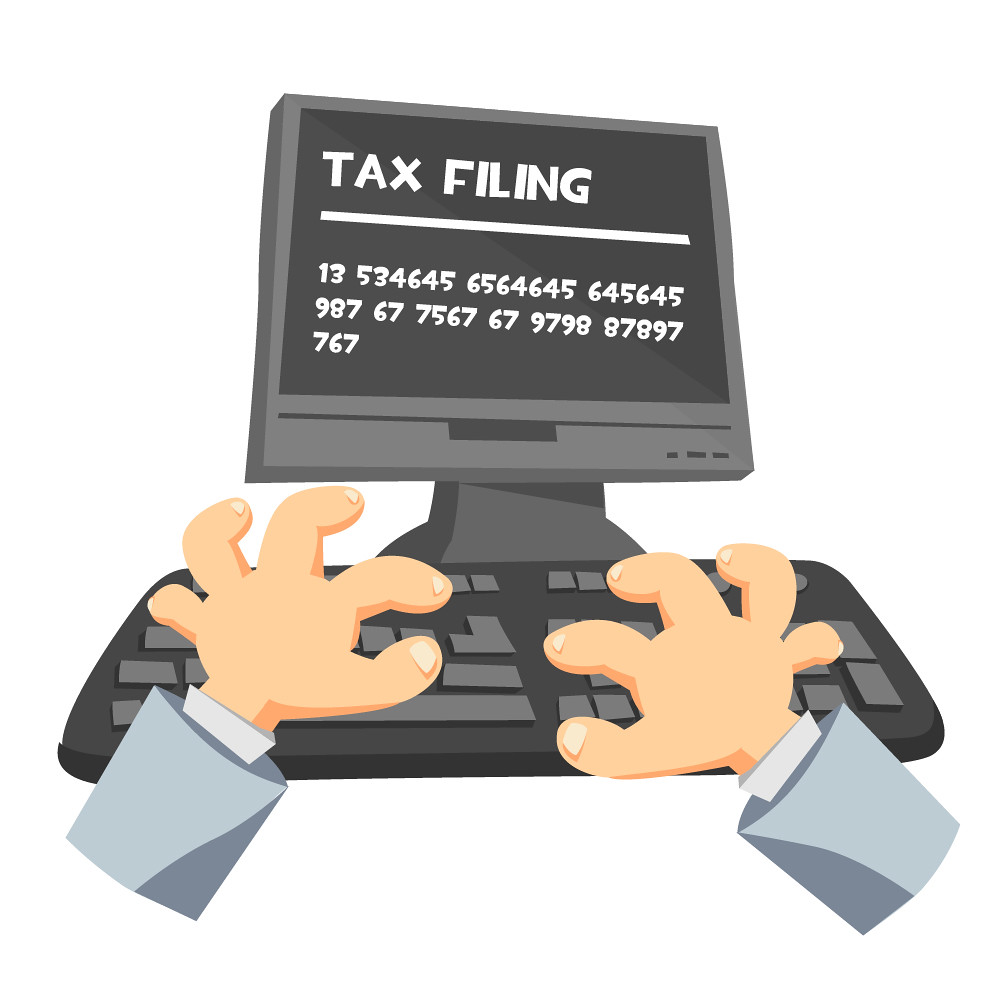 Did you know that Taxes are to be filed for 2015 tax year by Monday, April 18th, rather than the traditional April 15th. Here is the reason:

Emancipation Day is an official public holiday in the District of Columbia. It usually falls on April 16, but when April 16 is a Saturday – which it is in 2016 – then Emancipation Day moves to the previous day (Friday). (Source: IRS.gov )

Now you have all kinds of options! You can still use a tax preparer (a CPA, an accountant, H&R Block, Jackson Hewett, Liberty Tax Service, etc.) OR you can…

I’ve used H&R Block Tax preparation service and have been pleased with the service. For one thing, it helps to have someone working with you rather than you feel all alone in the process. The price for a service can be steep though.

I’ve also used both online and software versions (mostly TurboTax). Each year they seem to get better and better and easier and easier. I’ve actually used the software the same year that I’ve used a service and the results of both were very similar.

I have not used APPS and probably won’t but if someone has very easy taxes, it might work out great.

Security, of course, is an issue with any of the choices but what are you going to do. It seems to me the risk is about the same with all the choices, although the risk in each is different.

Good luck on those taxes! YOU CAN DO IT!

Ran across a video from The Federal Trade Commission posted a YouTube video on preventing malware. The description is…

Malware is short for “malicious software.” It includes viruses and spyware that get installed on your computer or mobile device without your consent. These programs can cause your device to crash and can be used to monitor and control your online activity. Learn more about how to avoid, detect, and get rid of malware. Learn more at http://goo.gl/6gfhIh

Every computer needs to be protected from viciuos malware. Here are some good tools…

A large majority of Americans seek extra knowledge for personal and work-related reasons. Digital technology plays a notable role in these knowledge pursuits, but place-based learning remains vital to many and differences in education and income are a hallmark of people’s learning activities

For the most part, these learning activities occur in traditional places – at home, work, conferences or community institutions such as government agencies or libraries. The internet is also an important tool for many adults in the process of lifelong learning.

In their summary of the Pew Center findings, a NPR article says…

For the 74 percent of adults who identified as personal learners, only a third turned to the Internet for most or all of their learning.

Could you use some help with your computer, tablet, smartphone, TV, etc.  If so, I’d love to help!  Check out these pages for more information…

Have you noticed the colorful changes to Google Image Search? Now when you do a search, you’ll see bars or buttons of colors across the top. These are clickable filters that you can select to get more precise search results. (Source: SearchEngineLand.com)

Here is an example:  See the image below AND click here for the actual search.

Take a second look at the example above. Another set of very useful features you probably have never used lie beneath the button ‘Search tools’. Options include:

One more thing…did you know that you do a ‘reverse image search’ by uploading a picture. To be successful in finding a similar image, it has to be a basic picture without a lot of background and details. It isn’t easy to find a match but give it a try – what have you got to lose!

Do you enjoy traveling? Like to share with friends your trip? FreeMapTools.com’s measuring tool is great for giving a general view of a trip.

I use it to map my Stand Up Paddling trips because I don’t want to take my iPhone out on the water (ruined one and can’t afford another one!).  Here is an example:

Here is how you can use it…

ResearchBuzz.me is absolutely the best source of interesting information! I can’t wait to read what Tara Calishain shares each day. Sign up for their email alerts and/or follow them on Twitter

Here is a great one just posted…

“All of New York City’s historical landmarks (article about it >) are now available on one big map. “There are tens of thousands of officially-designated landmarks in New York City, and today, the Landmarks Preservation Commission launched a fun new tool that lets you explore all of those protected sites.”

Here is a link to the map itself . It is searchable by address.

Here is an example of an ENLARGED section. Click on a dot or pin for information. (the actual will have clear text)